A little question about this unit : when did this division was raised exactly ? On August 26th 1939 ?

I know that it was formed with SS units and an armored brigade, but don't remember what. Do you have some stuff about it ?

Thank you by advance !

Try these sites for starters:

All the best -
Signed: "The Shadow"
Top

This time, it's you who typed too quickly !

Wow, wonderful. I have its subordinated units and a lot of material about its history.

But your first link only indicates that the division was raised in July 1939. Do you have further information, or a specific day ?

Anyway, thanks a lot, great links about this unit !
Regards,

All I have is this quote from Axis Historical Factbook which shows Kempf taking command on 10 Aug. 1939. I've never been really sure on what date this unit was "officially" formed.

Panzer-Division Kempf (aka Panzerverband Ostpreußen) was formed Aug 1939 from a mix of Heer and SS-Verfügungstruppe units in East Prussia, officially to take part in the upcoming Tannenberg celebrations (to celebrate the large German victory there during the First World War).

It took part in the invasion of Poland, fighting at Mlava, Rozan, Lomza, Kliczym and Modlin. It was disbanded following that campaign and the farewell parade was held 7 Oct 1939 near Neidenburg.

I'm sure somebody here should have the exact date.
(Hello Dr. N. - are you out there?

Tessin is silent on this one.

[caps in original as per book]

Basically, the Vth Corps Area [or Military District] in Stuttgart received orders to activate the divisional headquarters for the Ostpreussen [East Prussia] Armored Group on 25.07.39.

You make me feel rather like Aladdin!
"Rub the Feldgrau brass bottle.....and out pops the genie!"
[or in this case: Dr. N.

Thanks for the information!

- it was a temporary formation which was initally called a Verband but also a Division, PVS/PDL existed Aug-Oct 44.
- it was a mixed Army/SS unit and of comparable size/composition.
- it tested out a new organizational concept (PzBde 44)
- it was formed to defend Ostpreussen.

They didn't end the same way though!!
Top 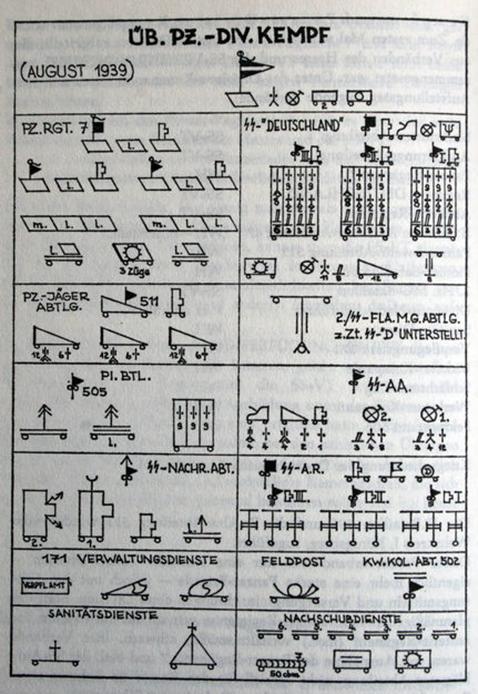 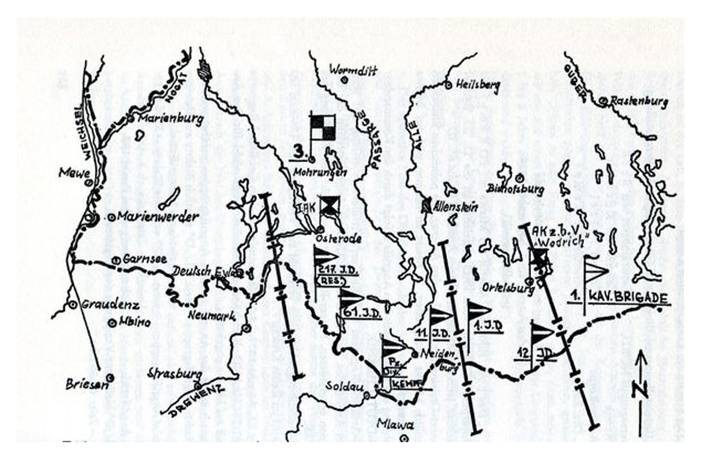