You are right Bryson. I finally found a source which mentions exactly what you wrote.
I stand corrected.
Intrigueing how this sort of thing leads its own life and replaces the actual facts.
Top

I think it's not so much as the F2 didn't exist but that the Germans didn't call it the F2. They called the F, Sd Kfz 161 and if it had the longer gun it was the Sd Kfz 161/1. The F2 designation seems to have come along and copied to distinguish the long barrelled versions from the short barrelled versions. My guess is some author added it to keep them seperate without using the Sd Kfz numbers.

According to my sources the Germans planned to introduce the better gun in the G but didn't want to wait. So they lost a month of production and added the L/43 to the F. The only other changes had to do with ammo storage for the larger rounds, seat placement and small details dealing with the new gun. Once the order of Fs was completed then they started making the early G model which was basically the same tank although it evolved over it's life by first switching to the L/48 gun and later additional armor bolted on.
Top

As I said before the 'F2' name was used briefly by the Germans but dropped. The Ausf.F did not have the L/43, the only 'Lang' versions (long gun versions) were the G, H, and J. So the 'F2' and Ausf.G were the same tank, so the 'F2' did exist, but is supposed to be called the Ausf.G.
Top 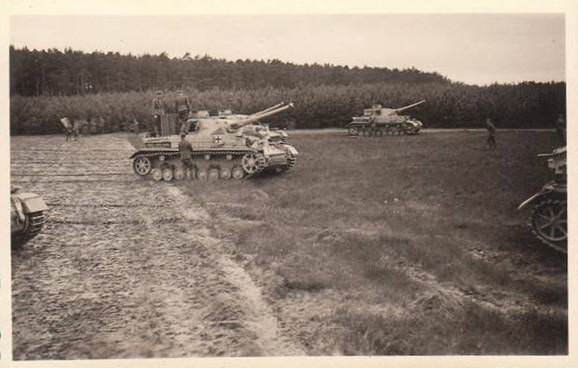 The above photo from bundesarchiv, via Wikipedia article Battle of the Kerch Peninsula, shows an early G in crimea in may 42. It has early features: the smoke candle Armored cover on the top left of rear-plate; and globular muzzle brake. The large white tank numbers and spotty camo are consistent with 22nd pz; there's a pic of another identically camo'd G in the Repairing the Panzers books, which was confirmed as 22nd Pz Div by Craig Ellis.
Top
Post Reply
21 posts