Small conflicts in the German backyard.

Re: Small conflicts in the German backyard.

Soviet airborne troops preceded that of other countries and started in 1930 when parachute battalions, or rather airborne battalions were established. By 1938 their airborne troops had been organized into brigades. In 1940 three of them, the 201st, 204th and 214th Airborne Brigades were used in the air assault against Bessarabia. The plans that had been prepared for the airborne units in case of resistance was to occupy towns, to prevent the withdrawing Romanian Army’s any attempt to detonate military objects, bridges, rail lines, road and industrial infrastructure as well as to secure the area until the arrival the cavalry and mechanized troops. The three airborne brigades were united at the airports 350 km-s away from the target area. The task of transportation was accomplished by 170 TB-3 planes. Out of the three brigades only two ended up employed, the third one was left in reserve.

France’s capitulation on June 22, 1940 represented a real shock to Romania, whose elites were predominantly Francophile since the 19th century. In a situation such this, the whole interwar Romania’s foreign system of alliances collapsed and the country’s destiny lied at the discretion of the two powerful revisionist states, who then dominated Europe: Germany and the USSR. August 23, 1939 represents a fundamental date for the Soviet revisionist policy, of redrawing the borders of south-eastern Europe, because then was concluded the famous Nazi-Soviet non-aggression Pact, known as the RibbentropMolotov Pact, accompanied by a secret protocol with four articles. The 3rd Article of this famous secret protocol stipulated the following: “As regards South-Eastern Europe, the Soviet side emphasis its interest for Bessarabia. The German side declares total political disinterest for these regions”.

Diplomatic assured of Germany’s neutrality, the USSR presented in the evening of June 26, 1940 an ultimatum to the Romanian government, which specified the following:

„In 1918, Romania, using Russia’s military weakness, had taken from the Soviet Union a part of its territory – Bessarabia, thus violating the secular unity of Bessarabia (mainly populated by Ukrainians) with the Ukrainian Soviet Republic … The Soviet Government considers that Bessarabia issue is organically connected with the transmission to the USSR of that part of Bukovina whose population is linked, in majority, with the soviet Ukraine through common historical fate, language and national composition”. 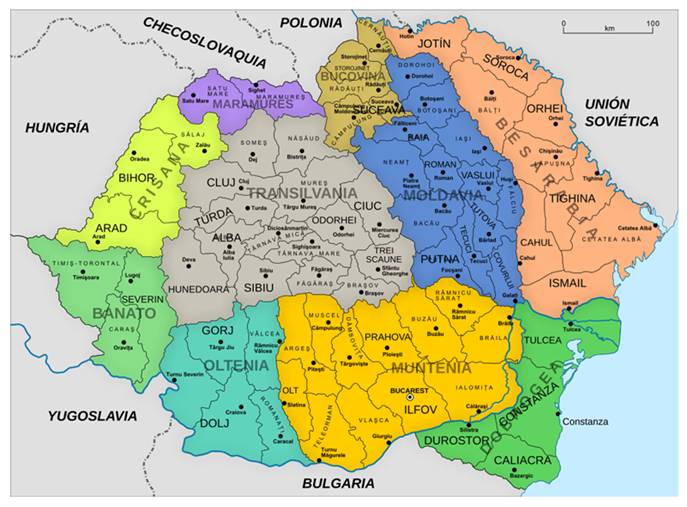 Source: The Soviet Airborne Experience [Illustrated Edition]. Colonel David M Glantz.
http://www.afahc.ro/ro/revista/Nr_1_200 ... ksanyi.pdf
The occupation of the northern Bukovina by the USSR. Cezar CIORTEANU
The Annexation of Bessarabia and Bukovina in the Pages of the Soviet Periodical Press (based on the Materials from the Krasnoye Znamya Newspaper) Konstantin V. Taran.