The high-altitude fighter Bf-110 G-2 / U7 was developed in the summer of 1943 and used GM 1 as liquid nitrous oxide booster, irreverently known as Göring Mischung (Göring mixture), stored in a 440 kg tank that lasted 45 minutes. The injection of nitrous oxide allowed it to increase speed at high altitude. The maximum speed at 10,000 meters was 590 k / h and the maximum ceiling was 11,500 meters. As the nitrous oxide tank was placed in the rear part of the cockpit, the machine gun located there was rendered useless and therefore it was removed. The armor of the gunner was also removed to lighten weight and even in some aircraft the MG 17s were also removed. Between 10 and 20 units of this type were built.

The Bf-110 G-3 was a long-range reconnaissance subtype equipped with either Rb 50/30 or Rb 75/30 cameras. Series production began in January 1943 at the Gotha factory and continued until September of the same year with a total of 172 aircraft built in a nine-month period. A number of them were of the R3 version with two 30 mm MK 108 guns instead of the four MG 17 machine guns emplaced in the nose.

The last of the series produced from the Bf-110 was the G-4 version, which was basically an airplane designed to fulfill the role of night fighter. The production of this type of aircraft began in January 1943 at the Gotha factory and continued until the end of the war. By that date a total of about 2,293 units had been manufactured. The Bf-110 G-4 was based on the fuselage of the Bf-110 G-2 and the changes included larger rudders partially constructed of wood, additional armor in the nose, reinforcements in the cockpit windows and more advanced radio, navigation and radar systems.

The Bf-110 C a destroyer fighter for the blitzkrieg. 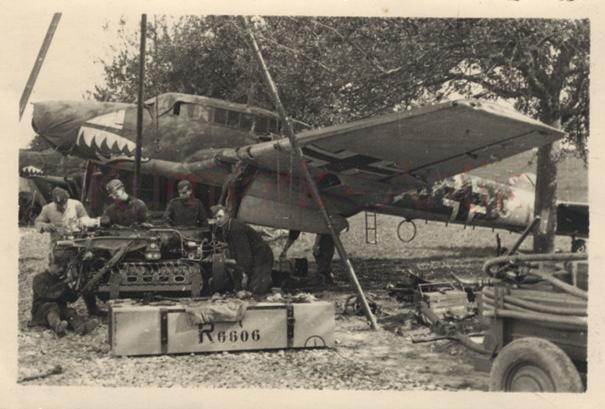