Book discussion and reviews related to the German military.

Ah, that's the original cover before it was changed to this:

As for the title, the original manuscript is simply "The Last Fortress: Breslau 1945". No Adolf anywhere - rightly as he's a very peripheral figure in the story...
No-one who speaks German could be an evil man
Top

Thanks for the update. Though, just my two cents, I think the title Hitler's Final Fortress may be slightly inaccurate since Festung Dunkirk surrendered on 9th May whereas Breslau surrendered on the 6th May 1945?

Though, just my two cents :P

Some people want the moon on a stick...

Why let the facts get in the way of a good title?

I have a feeling the P&S designers must use some sort of template - not least because they produce 30 books a month. The Normandy book cover's got Rommel at the top and a battle scene at the bottom – a fairly typical design. That said, the Poland book just has one image on the cover.

Anyway, I forgot to mention that Stephen Fritz has an impending tome out. Already on pre-order by me.

Here are some Ostfront books not mentioned I've pre-ordered;

I also have a question, Is 'Decision In The Ukraine' worth paying quite some money for second-hand or should I just wait for 'Blood, Steel and Myth' (I got 'Last Victory In Russia')?
Top

I can't really recommend Hinze unless you're an absolute Ostfront nut; it's a very difficult read - very detailed, but with no human interest... and Hinze's campaign books have a habit of straying into polemic. His volumes on the Hannover artillery and 19th Panzer Division are far superior.

With the courage of desperation is an apt description for someone who gets to the end of it...

unless you're an absolute Ostfront nut

But for those an interesting addition to the collection

As it covers many areas you find much anywhere else

togehter with 'letztes Aufgebot' still a good reading for southeastern sector, I tink


His volumes on the Hannover artillery

I have Hinze's other books, they're dry yes, *cough* East Front "Drama" *cough*, but they're good reference works though

I agree with mammoth. I've read Hinze's books, and have preordered the new one, and yes they are very dry, but extremely informative. And I, being an Ostfront nut as well, appreciate them. Of course I prefer the types of works that Nash, NIpe, and Mr. Hargreaves produce.

Thanks for the info on Hinze's book. I was planning to get some of the Hinze's book like With the Courage of Desperation but I certainly wouldn't want purely academic books written in a textbook style (reminds me of John Erickson's Road to Berlin which I had and did not even complete reading it)
Top

There is another upcoming book by David Stahel. Looks very interesting especially one of the biggest encirclement battles of WW2 in the Eastern Front 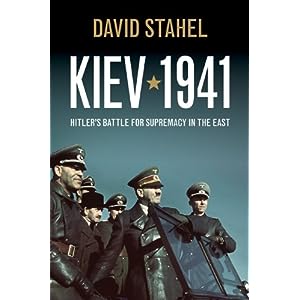 Thanks for the info on Hinze's book. I was planning to get some of the Hinze's book like With the Courage of Desperation but I certainly wouldn't want purely academic books written in a textbook style (reminds me of John Erickson's Road to Berlin which I had and did not even complete reading it)

You can try Hinze cheaply via Casemate's paperback edition of To the Bitter End. The book is certainly worth the $16 or so that it costs online.

I was the "ghost writer" of the translation of East Front Drama. If you think it is dry now, you should have seen the original translation. It was unreadable due to density and complex sentences. I spent a couple of months with the manuscript, rewriting it line by line to read and flow better. The translator later thanked me (over the telephone) for rescuing a manuscript he had considered unpublishable (the original translation was made not for publication, but to enable a wealthy man to get the gist of the book. He didn't read or speak German, but had enough money to pay someone to translate German books into English for him).

To the Bitter End is light, breezy reading compared to the original translation of East Front Drama, a book that remains a difficult read.
Top

Amazingly the original German edition of East Front Drama, Ostfront 1944, has recently been republished by Motorbuch Verlag - there were quite of few copies on the shelves of the Thalia and Hugendubel stores when I was in Germany a couple of months back.

I find Hinze to be an infuriating author. Good Hinze - his histories of the Hannoverian artillery and 19th Panzer Division - are excellent. There's heavily-researched Hinze, like Ostfront 1944, which are so detailed as to be almost unreadable. And there's lacklustre Hinze - see his history of 31st Infantry Division. And there's polemic Hinze - his accounts of the last months of the war are peppered with political remarks.

If you want a good Hinze book on the 1944 fighting, Ruckkämpfer 1944 is far superior to Ostfront 1944 - it's a collection of first-hand accounts. Sadly, it's only in German. 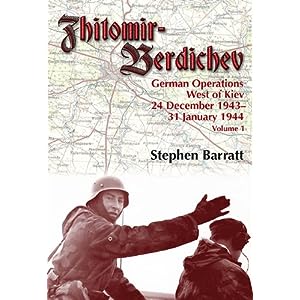 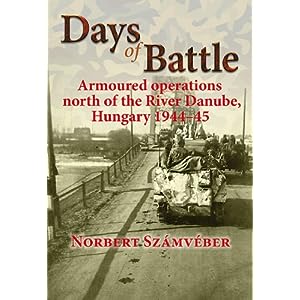 which I'm assuming is a translation of Hans Schäufler's Der Weg war weit, an outstanding collection of first-hand accounts from the Eastern Front.

which is a translation of

which is a reprint of a 1942 propaganda book which I have a copy of. It's a collection of PK reports by reporters such as Günther Heysing who accompanied 3 Pz Div in 1941.

Those two Stackpoles referred to by Richard look good! I just wish Szamveber's and Kamen Nevenkin's books would actually see the light of the day soon...
Top
Post Reply
33 posts

Return to “Books and Reviews”