Morning all,
According to Sandy Mitcham, Marseille's father, Siegfried, was a WW I pilot and inter-war police officer who rose to the rank of Generalmajor in the Heer by the time he was killed in action near Novoselski on 29th January 1944.

Does anyone have any further infomation on his (Siegfried's!) promotions, awards and commands?

Thanks in advance from the Park,

Siegfried was a Luftwaffe general!

Hauptmann Hans Joachim Marseille inherited his love of aeroplanes from his father, General Siegfried Marseille, a First World War pilot of Hugenot ancestry who was to die commanding a Luftwaffe unit in Russia in 1943. Hans-Joachim was born on 13 December 1919 at Charlottenburg, Berlin, but whilst he was still very young his mother and father divorced. Thus, the firm hand of discipline which was a hallmark of his strict Prussian father, was missing in his formative years, and may account for the young Joachim's free-spirited pranks.

On completion of his formal education, he joined the Luftwaffe on 11 July 1938 and began his flying training on 7 November under the guiding hand of First World War Austro-Hungarian ace Julius Arigi (32 kills) at Jagdfliegerschule Wein-Schwechat. Despite his antics and apparent lack of respect for his seniors, he successfully completed his course and was posted as an Oberfahnrich (officer cadet) to 3/1/LG 2 to gain combat experience. His first victory came on his third sortie when he shot down a Spitfire, and by the end of the Battle of Britain he had seven scores to his name. However, on the debit side he had been shot down four times, on one occasion being forced to bale out into the Channel, an incident that coloured his thinking about the use of parachutes and made him much prefer to attempt crash-landing whenever possible.

During this period he had graduated from LG 2 to Johannes Steirthoif's 1V/JG 52, but his record was such that eventually Steinhoff, who was to become a top ace with 176 kills and end the war flying Me 262s, decided that the young pilot was too much of a liability. In January 1941, he had him transferred to JG 27 at Doberitz near Berlin. Marseille's cavalier attitude and love of parties generated a playboy image that made the handsome blond pilot very popular in some quarters, but very unpopular in others.

On joining JG 27, he was assigned to the third Staffel under the command of Hauptmann Gerhard Homuth, with whom Marseille very quickly clashed. Homuth stood no nonsense from the young cadet, and on one occasion, when he refused to assign a combat mission to Marseille, the future ace took off and strafed the ground close to Homuth's tent, an action for which he was lucky not to have been court-martialled.

In April 1941, the unit was moved to North Africa and set up camp with its Bf lO9Es at Gazala. During the move from Tripoli to the base on 22 April, Marseille's aircraft developed engine trouble and he was forced to land in the desert. He hitched a lift with an Italian supply truck and on arrival at a supply depot arrogantly demanded transport to his unit, telling the commanding officer that he was a Flight Commander and must get back immediately. The senior German officer knew very well that the young pilot facing him was in fact only an Oberfahnrich, but admired his cheek and rewarded his initiative with the loan of an Opel Admiral and driver.

The following day, Marseille shot down a Hurricane over Tobruk aud followed this five days later with a Blenheim, although once again his own aircraft was seriously damaged in the fights. Homuth continually lectured the young pilot about his airmanship, and eventually referred him to the Gruppen Kommanduer Eduard Neumann, who could see the pilot's potential and decided to act as his mentor. This move was fundamental in setting Marseille on the right track, and from then on he started to concentrate on developing his skills.

He was a master of the deflection shot and worked hard on tactics, which he practised on his luckless companions as they returned from patrols. It all paid off, however, and during the next month his score had risen to 14 and at last his commission was confirmed. Marseille's reputation. spread through the desert and later his sand-camouflaged Bf 109s which carried a yellow '14' (his call-sign) on the fuselage, were as familiar as von Richthofen's red Triplane had been. Another interesting insight to his character is that he chose a young African named Matthias as his batman, and soon the two became firm friends without losing respect for each other.

Marseille's basic character did not change, and his quarters in the desert were still often the scenes of parties at which Matthias would set up and tend a makeshift bar in an extension to his master's living quarters. When JG 27 moved to a new location at Derna in December 1941, Joachim's score had reached 40 and he was beginning to cultivate a taste for multiple victories. His 50th came on 24 February 1942, two days after he had been awarded his Ritterkreuz.

In April he was promoted to Oberleutnant, and took over command of the third Staffel from Homuth, who in turn took over I Gruppe when Neumann became Geschwader Kommodore. Both men had played a major part in seeing the new ace adopt a more responsible attitude towards discipline, which had enabled him to accept his own command, and had undoubtedly saved his life by making him take a close look at his airmanship. Then, just as he began to enjoy his new command, a personal tragedy hit him. His young sister Inge, to whom Joachim was very close, died in mysterious circumstances in Vienna. This was a blow from which Marseille never recovered, and he sought solace in the tranquillity of his tent playing jazz music, and vengeance in the skies over the desert.

On 17 June he scored six in one day, flying a new 'F' version of the Bf 109, a model he came to love, and with his score at 101 Neumann sent him home to rest. He was now a legendary figure in Germany and was feted wherever he went. The award of his Swords and Oak Leaves followed, and he also received from the hands of Mussolini the Italian Gold Medal for Bravery, recognition indeed, since Erwin Rommel only ever received the same award in silver.

He returned to North Africa on 23 August 1942 and, flying a new Bf 109F, carried on from where he had left off. The achievement for which lie is probably best remembered came on 1 September. Taking off at 07.30 to escort JU 87s, he spotted 10 Kittyhawks approaching just as the divebombers began their attack. In the space of two minutes he shot down two of the fighters; then, as the JU 87s withdrew, he accounted for another. On the way back to base, his flight was intercepted by Spitfires atid during the next nine minutes six of them had fallen to Marseille's guns. On landing at 09.14, his armourer found that he had used just 20 cannon shells and 60 rounds of machine-gun ammunition to down nine aircraft. That day he flew two more sorties and shot down another eight aircraft, including five P-40s in the space of six minutes. His total of 17 in one day was only beaten once, by Emil Lang on the Russian Front.

The following day it was announced that Marseille would be presented with his Diamonds personally by the Fuhrer in the autumn, but fate was to decree otherwise and neither he, nor his family, ever received them. His joy was tempered by sad news on 5 September when his best friend, 'Fifi' Stahlschmidt (59 kills), was killed. Marseille became increasingly withdrawn and morose, and although he added 26 more victories to his total by the end of the month, his overall condition caused some concern among his friends.

On the morning of Wednesday 30 September he took off with Oblts Schlang and Poettgen to carry out a sweep in the Cairo area. Marseille was flying a new 'G' model Bf 109 and, on returning from the uneventful patrol at about a height of 4,500 feet, a glycol line broke and set the oil cooler on fire. As his cockpit filled with smoke, he opened the small windscreen ventilator to clear it. This had little effect, aud his companions pleaded with him over their radios to bale out. However, the trio of Bf 109s were still three minutes flying time away from the safety of the German lines, and Marseille had no desire to become a PoW. The cockpit continued to fill with acrid smoke, preventing him seeing or breathing properly; his wing man tried to guide him, but it became obvious that the 109 was doomed.

As soon as the trio crossed the line, Marseille flicked his aircraft on to its back, jettisoned the canopy and tried to drop clear, but he had not realized that the aircraff was in a nose-down attitude and centrifugal force held him firmly in place. He eventually struggled free, but as he fell was knocked unconscious by a massive blow to the left side of his chest from the fin that carried the 158 kill markings. He never recovered to deploy his parachute and fell to his death four miles south of Sidi Abdul Rahman.

At his funeral on 2 October in the cemetery at Derna, Neumann said, 'A restless heart is now resting, but we fly on. May the fighting spirit of Marseille inspire all men of JG 27 '.

His final score included 101 Curtiss Tomahawks and Kittyhawks, 30 Hurricanes, 16 Spiffires and 4 bombers ... Adolf Galland was moved to call him 'the unrivalled virtuoso among fighter pilots of the Second World War'.

The simple plaque erected over his grave by the pilots of JG 27 was perhaps the most fitting epitaph of all:

Thanks for that Heinz, but it was his Father that I'm interested in!

I have found out (From ABR's casualty listings) that he was Standort. Kdrt. 324 when he died, but, I still in the dark as to the rest of his service!

Regards from the Park,

Re: Father of Hans-Joachim Marseille 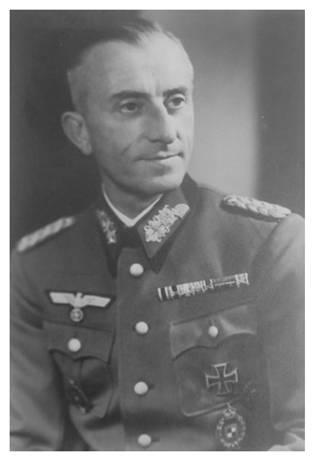